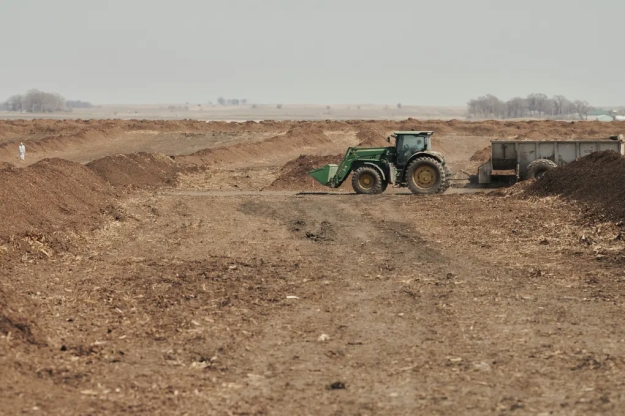 There’s something wrong with us.

Overnight, the factory had begun slaughtering more than 5 million chickens using a gruesome killing method after detecting a single case of avian influenza.
…
The culling has been repeated at chicken and turkey farms across Iowa and 28 other states from Maine to Utah. More than 22 million birds have been killed in an attempt to contain the outbreak – the majority in Iowa, the US’s biggest producer of eggs. The slaughter of 5.3 million hens at Rembrandt is the largest culling at any factory farm in the country.

Before the birds were buried (photo above), they were killed. About a dozen were stuffed into a small cage and:

… birds at Rembrandt were culled using a system known as ventilation shutdown plus (VSD+) in which air is closed off to the barns and heat pumped in until the temperature rises above 104F (40C).

“They cooked those birds alive,” said one of the Rembrandt workers involved in the culling.

There’s something seriously wrong with us.

2 thoughts on ““But Chickens Are Chickens, Right?” – Plant Supervisor”