In my search for foods that are quick and easy to prepare, I discovered Wheatena. It’s a hot cereal that makes it into a bowl and down your stomach within minutes. And, for me, it fits the bill of being low in fat, high in fiber, and tasty. No added salt or sugar, but you could add your own. It’s made from whole wheat (so, not for people who have difficulty with gluten) that has been roasted and ground. I really like the toasted flavor.

Here are the ingredients from the box’s side panel:

It’s sold in a cardboard box, which, at the time of its debut in 1879 was done to “offer consumers a sanitary appeal.” Cereals at the time (cracked wheat, oatmeal) were sold in bulk from barrels. I like that the food only touches paper. Plastics and treated linings have developed a bad reputation for sloughing off endocrine-disrupting chemicals into the food, e.g. BPA.

It may be a hot breakfast cereal, but any similarities to oatmeal stop there. You wouldn’t call Wheatena creamy. It’s lower in fat than oatmeal, just 1 gram in that 1/3 cup serving. And where oatmeal creates a slimy, soluble-fibery background, this cereal stays gritty. It also doesn’t continue to absorb water like oatmeal, so it’s best to cook it to desired consistency and expect it to stay that way.

The first time I tried it I was on the fence. But I kept with it and now I crave it. It’s a more mature taste, like coffee I think, something that takes getting used to. It grows on you.

I was looking around for photos of it cooked but there aren’t many. This probably isn’t a popular food. Maybe at one time it was but it’s been replaced over the years by heavily-marketed sweetened breakfast cereals. Here are photos of mine from this morning: 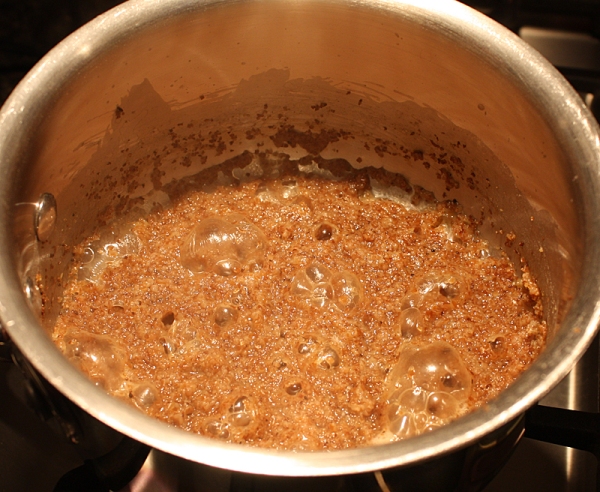 And right before eating. The only thing I put on it is salt. But, looking around, people have gotten quite creative:

8 thoughts on “Wheatena, A Find”