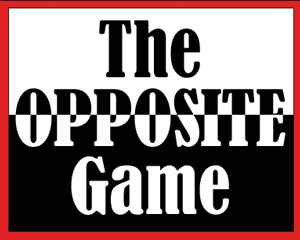 I Was Wrong – We Should Be Feasting On Fat, Says The Fast Diet Author Dr. Michael Mosley, Daily Mail, 17 July 2014

“A study last year put a further nail in the low-fat diet’s coffin. A group of 7,500 men and women were randomly allocated a low-fat diet or a much higher-fat Mediterranean one. On this diet, along with fruit, vegetables, meat and fish, they were to eat oily nuts, olive oil and have a glass of wine with their meal.

Again, the trial was stopped early. But this time it was because those on the Mediterranean diet were doing so much better than those on the low-fat diet, with a 30% drop in heart attacks and strokes.”

Dr. Mosley said the Mediterranean diet reduced heart attacks in the PREDIMED study. It didn’t. Why did he say it did? And why did he say the control group was eating a “low-fat” diet? I blogged about that study when it came out:
Is The Mediterranean Diet Really All That?, 26 February 2013

1. The “low-fat” control group was not eating low fat. From Table S7 you can see they were eating 37% of their calories from fat, and the exact same amount of saturated fat (9%) as the Mediterranean diet groups. The American Heart Association says you should be getting less than 30% total and only 5% to 6% saturated. The Cubans and Okinawans get less than 15% total fat. By any standard, this was not a “low-fat” diet. Why does Mosley say it is?

3. 179 people assigned to eat the Mediterranean diet, and who increased their fat intake, experienced a “major cardiovascular event” in the ~4.8 years of the study. They had “no cardiovascular disease at enrollment.” They ate more fat and had heart attacks, in under 5 years! Dr. Esselstyn took people with advanced coronary artery disease, put them on a low-fat plant-based diet, and 12 years later those who were compliant had no more cardiac events!

6 thoughts on “That Mediterranean Diet Study From 2013, Why Are People Saying The Opposite?”