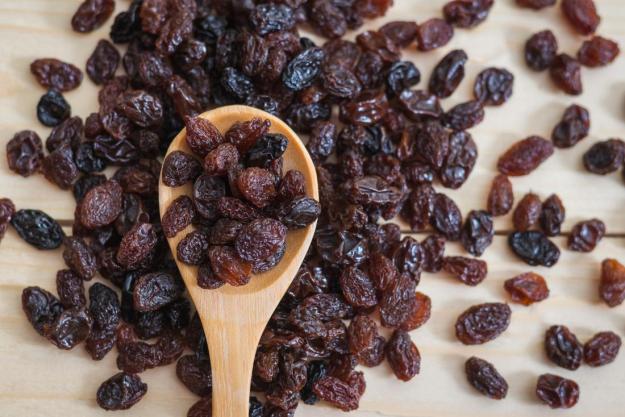 Of the 670 conventional raisin samples analyzed [by USDA], 99 percent tested positive for at least two pesticides. On average, each sample was contaminated with more than 13 pesticides, and one sample had 26 pesticides.

If raisins were included [in our Dirty Dozen List], they would rank No. 1. By a wide margin, raisins would rank higher than fresh grapes, which would rank seventh.

The bottom line: Raisins are one of the dirtiest produce commodities on the market – and even some organic raisins are contaminated.

Given that organic raisins are not pesticide free – 78 percent of organic raisins were contaminated with bifenthrin – we recommend that consumers choose fresh produce from our Clean Fifteen instead of raisins of any variety.

3 thoughts on “Raisins Are Pretty Pesticide-Laden, Even Organic Ones”