If ~20% of the population is inadequate, that’s not good.

In that list above, the first two add vitamin D to the system, the last one subtracts it. I don’t think we pay enough attention to that subtraction factor. If we addressed number 3, numbers 1 and 2 would reduce in importance.

Here are three links addressing the problem with obesity (number 3 above):

One potential mechanism by which obesity could contribute to low serum 25-hydroxyvitamin D is adipose sequestration of vitamin D.

The importance of body weight for the dose response relationship of oral vitamin D supplementation and serum 25-hydroxyvitamin D in healthy volunteers, PLoS One, November 2014

Here, they actually came up with an equation:

The most important outcome of our study is that we were able to quantify the dose needed to raise a person’s 25(OH)D level based on his or her weight:

73.6%. Wow. Almost three-quarters of us are either overweight or obese. Could our low vitamin D status be linked to our high obesity rates? 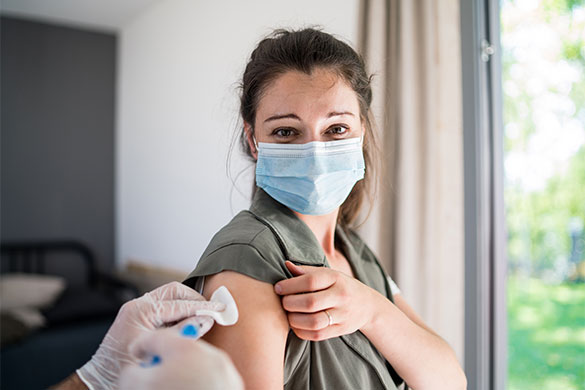 Will you look at that. Someone in the mainstream is questioning the narrative.

The Covid Vaccines May Affect Periods. Are We Allowed To Talk About This?, Lara Prendergast, The Spectator, 21 August 2021

I feel a little uncomfortable bringing the subject to the pages of The Spectator. I do so because I was interested to read that British women have made 30,304 reports of changes to their periods after having received a Covid vaccine. I realised I am one of them.

I will spare the details but suffice to say that after I had my first jab of Pfizer in late May, my cycle was flung off course. … When I had my second dose, the man in the booth asked whether I had experienced any side effects. I mentioned the changes to my period. He logged it on my file, said it would be flagged to the MHRA scheme and a minute later a doctor rushed in to reassure me there was ‘no reason to be concerned that the Covid jab would affect my fertility’. I hadn’t asked if there was.

I wanted to ask how he could be so certain, given these vaccines are very new. But I was concerned that would make me sound loopy. Goody two-jabs that I am, I didn’t want a black mark next to my NHS number.

In the US, one research survey tracking menstrual changes brought on by the Covid jabs received 140,000 responses. The two biological anthropologists conducting the research said they had expected to receive around 500 when they launched their survey.

The real number of cases in the UK is possibly quite a bit higher than 30,304. But it is awkward talking about what the jab has done to our periods. Friends tell me they’ve also been affected and nope, they didn’t report it either. Nobody wants to be thought of as hysterical. Emotional. A tad neurotic. So instead these conversations are going on discreetly, on WhatsApp chats, on internet threads, in hushed tones. Who wants to be accused of being a dreaded ‘anti-vaxxer’?

Is it ‘anti-vaxx’ to be concerned that these jabs may be having an effect on our menstrual cycles?

Is it so wrong to talk about this? And if the jabs are affecting so many women’s periods, who knows what else might be going on. Medical trials on pregnant women were banned following the thalidomide scandal of the 1960s.

In another survey run by the Royal College of Obstetricians and Gynaecologists in May, just under 60 per cent of pregnant women said they had declined the vaccine. … The official information sheet offers pregnant women two options: ‘Get a Covid-19 vaccine’ or ‘Wait for more information about the vaccine in pregnancy’. Pregnant women do not have oodles of time to wait. They could also be forgiven for thinking they are being somewhat strong-armed into taking the jab, given how keen the government is on pushing through vaccine documentation for the double-jabbed.

Women associate their periods with their fertility. And there is reason to believe that the Covid jabs are having an effect on some women’s periods. A month after my second jab, I make a note that my latest cycle is messed up, once again.

These are the words the author used that I saw reflected how she felt questioning a vaccine side effect:

Loopy
Silly
A black mark next to my NHS number
Hysterical
Emotional
Neurotic
“Accused of being a dreaded anti-vaxxer”
“Is it wrong to talk about this?”
“We can only hope and trust”
Feeling “strong-armed into taking the jab”

How did it come to pass that a strong woman is afraid of addressing her concerns – concerns that are valid and shared by thousands of people – because it may make her appear “loopy” or may earn her a “black mark”?

This isn’t right. Society should be encouraging and embracing debate, not squelching it. She should feel proud, not embarrassed. What is going on?

There is a well-documented association between IBS and psychological complaints, e.g. distress, depression, anxiety. How do they influence each other? Does one more often come first? Are people down because of the pain, discomfort, and stigma of IBS? Or do people experience stress, anxiety, depression first and it contributes to IBS shortly thereafter? It’s evident that both directions are in play. But, can we learn anything by looking closer?

This well-designed case study found that IBS symptoms can foretell a down mood over successive days.

This is the first study to investigate the temporal relationships between somatic and psychological variables on a daily basis. We analyzed a female patient with IBS in her mid-twenties with symptoms of diarrhea, flatulence, and abdominal pain. She reported stress-related IBS symptoms as well as symptom related fears. In most variables, strong same-day correlations between somatic (especially daily impairment) and psychological (including coping) time series were observed. The day-lagged relationships indicated that higher values in abdominal pain on one day were predictive of higher values in psychological complaints (nervousness and tension) or of negative coping strategies (catastrophizing, hopelessness) on the following day. The use of positive thinking as a positive coping strategy was helpful in reducing the pain on the following days.

In conclusion we found in the presented case that somatic symptoms [IBS] temporally precede psychological complaints.

Good reading:
– Irritable Bowel Syndrome: A Microbiome-gut-brain Axis Disorder?, World Journal of Gastroenterology, October 2014 (They call the microbiome, the collection of bacteria, viruses, fungi and other microorganisms in our intestines, a “virtual organ.”)
– The Gut-Brain Connection: How It Works And The Role Of Nutrition

A good way to cultivate beneficial organisms in the gut, ones are related to lower risk for IBS and improved mood, is to eat foods that feed those beneficial organisms. Eat starches. All kinds of starches … bananas, pasta, oats, rice, beans, potatoes. Some of that starch will barrel through to the colon where bacteria imbibe.

Anna Netrebko (on the right) and Elina Garanca:

Health Canada, the department of the Canada’s government responsible for national health policy added Bell’s Palsy as a warning to Pfizer’s COVID-19 vaccine labels on 6 August 2021.

Bell’s palsy is an unexplained episode of facial muscle weakness or paralysis. It begins suddenly and worsens over 48 hours. This condition results from damage to the facial nerve (the 7th cranial nerve). Pain and discomfort usually occur on one side of the face or head.

Bell’s palsy is not considered permanent, but in rare cases, it does not disappear. Currently, there is no known cure for Bell’s palsy; however, recovery usually begins 2 weeks to 6 months from the onset of the symptoms. Most people with Bell’s palsy recover full facial strength and expression.

Health Canada advises patients to seek medical attention if they experience any of the following symptoms after vaccination:

” … rapid waning of effectiveness with [Pfizer’s], particularly against infections with [high viral loads] or symptoms,” the authors wrote.

The study also found that people infected with Delta who had received any vaccine had similar peak levels of virus as infected people who had not been vaccinated. That has “potential implications for onward transmission risk,” the authors wrote.

This isn’t news. Israel was reporting this months ago. We in the US were experiencing “breakthrough” cases months ago. (“Breakthrough” is a euphemism for “failure.”) But, outrageously, the US Centers for Disease Control, stopped counting breakthrough cases at the end of April. Of course, that only resulted in making the vaccines appear more effective than they were. If you said any of this on social media, you were banned.

Also, you can’t reach herd immunity if everyone is infecting everyone else.

Also, you know, we could have determined effectiveness from the clinical trials, but … Operation Warp Speed!