What is the dirtiest food you can eat? I say this once a week. It’s seafood!*

Now, go to Google and type in “brain food.” What food occupies a prominent position in those images? Seafood! Here’s an example: 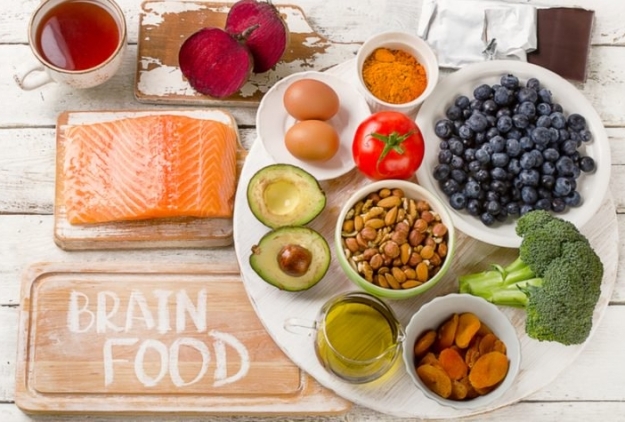 Salmon or other seafood is not brain food.

How can one of the dirtiest foods you can eat be one of the best foods for your brain? Because it isn’t…

Cognitive Performance In Older Adults Is Inversely Associated With Fish Consumption But Not Erythrocyte Membrane N-3 Fatty Acids, The Journal of Nutrition, March 2014

“Inversely” means that as one variable goes up, the other goes down. In this case, as fish consumption went up, cognitive performance went down. It says it right there in the title. It says it throughout the article too.

We found no evidence to support the hypothesis that higher proportions of long-chain n–3 fatty acids or fish intake benefits cognitive performance in normal older adults.

These were healthy people eating seafood only about twice a week:

The mean frequency of fish consumption in the group we studied was twice per week. … Our sample consisted of predominantly Caucasian, relatively high-functioning, community-dwelling older adults.

Imagine if they were not healthy or if they ate seafood more often?

* Fish are contaminated with mercury, lead, PCBs, dioxins, pesticides, fire retardants, prescription drugs, microplastics, and other chemicals that act as endocrine disruptors. Our Paleolithic ancestors ate fish that did not contain these contaminants which is why it’s pretty near impossible to eat a Paleolithic diet today.

But what about omega-3 fatty acids in fish? EPA and DHA? Fish oil! Isn’t that good for the brain? Note that the study above found no benefit from consuming “higher proportions of long-chain n–3 fatty acids.”

These findings do not support the hypothesis that omega-3 polyunsaturated fatty acids play a protective role in cognitive function and dementia.

Intakes Of (N-3) Fatty Acids And Fatty Fish Are Not Associated With Cognitive Performance And 6-year Cognitive Change In Men Participating In The Veterans Affairs Normative Aging Study, The Journal of Nutrition, December 2009

Our findings in this sample of aging men do not support the hypothesis that higher fish/(n-3) PUFA intake is associated with better cognitive function or with less cognitive decline on any of the cognitive tests.

This isn’t to say that omega-3s aren’t necessary nutrients or that seafood isn’t a good source for them. It’s that we’ve polluted seafood so much that the harm from contaminants outweighs the benefit from their omega-3s.

The Inuit who consume seafood from some of the most pristine waters surrounding the Arctic:

Inuit natives, whose diets consist largely of fish, have been found with PCB levels of 15.7 ppm in their fat, far higher concentrations than the maximum amount considered to be safe in fish by the EPA (.094 ppm). Nearly all Inuit have PCB levels far above guideline levels that health officials consider safe, and some Inuit have ingested so much contamination from fish that their breast milk and body tissues would be classified as hazardous waste.

I shall end where I started. Seafood is some of the dirtiest food you can eat.