This post is from 2016. I still do it this way. Sometimes I need to add a few more tablespoons of water, depends on the fruit. It really is simple! 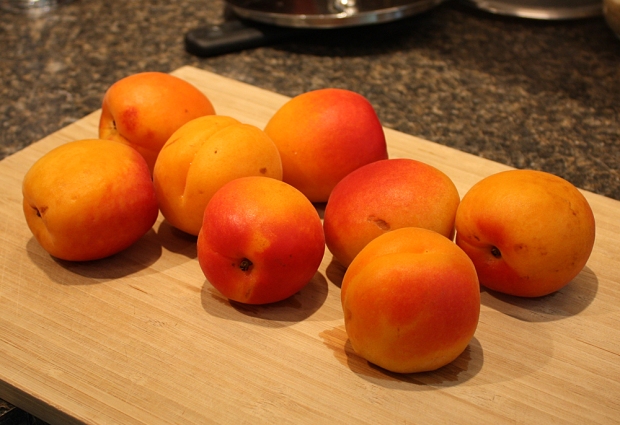 Apricots have pits. Inside the pit is a seed. The seed kernel looks and tastes like an almond. Whole Foods sells bags of apricot kernels (thank you, Shaun). Like a superfood. Which is crazy. Because apricot kernels contain a poisonous compound called amygdalin that converts to cyanide after eating. Don’t eat apricot kernels. 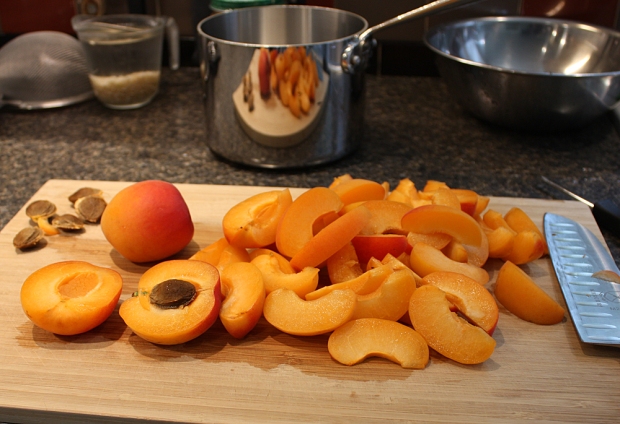 These 8 apricots just about filled a 2 quart saucepan (seen in the background in the above photo). 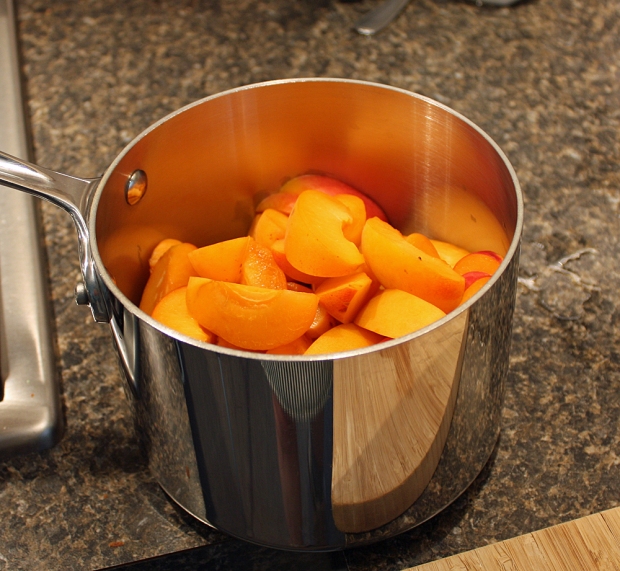 After about 10 minutes on a very low heat, they reduce considerably. (I added a tablespoon of water to keep them from scorching, 1 or 2 tablespoons of sugar, and a dash of cinnamon.) 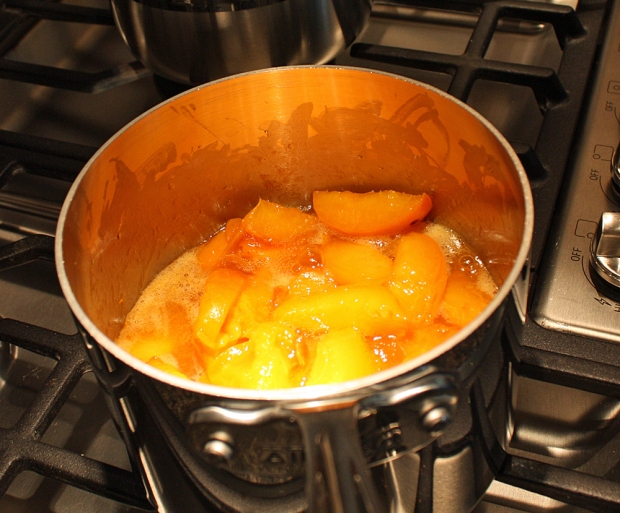 Keeping the pot covered makes them cook faster, but they tend to foam up so you have to keep an eye on them. Stir often. After about 20 minutes they turn into this crazy good nectar that no one can get enough of.

This photo makes them appear more brown than they actually are. See next photo for better color: 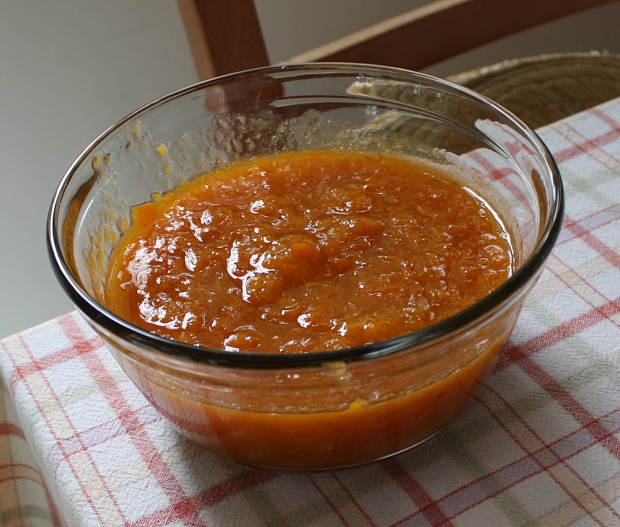 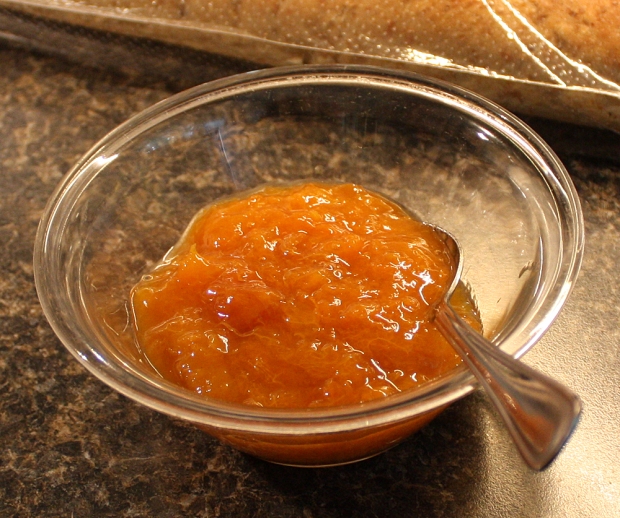 They go really, really good with Grapenuts cereal. So I’m told. The crunchy texture of the cereal complements the gooiness of the fruit. And the roasted flavor of Grapenuts is a perfect match for the bitter-sweet apricot taste. 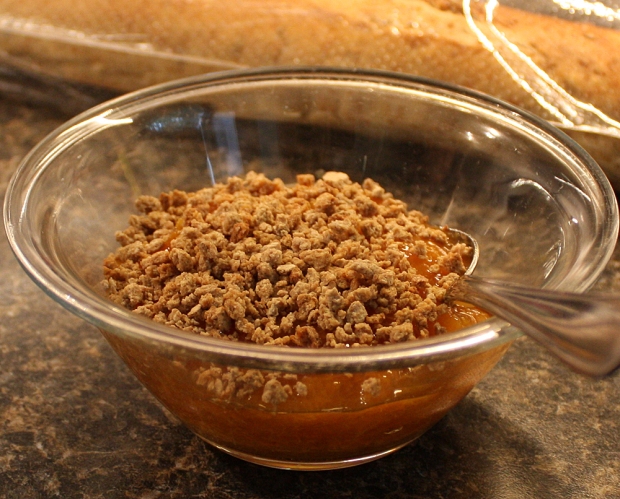 Please buy lots of apricots. If you do, demand will grow, more farmers will plant more apricots, and I’ll be able to find them more often. At a lower price. Thank you.