I was reading this article:

A cocktail of chemical pollutants measured in people’s bodies has been linked to falling semen quality by new research.

Chemicals such as bisphenols and dioxins are thought to interfere with hormones and damage sperm quality, and the study found combinations of these compounds are present at “astonishing” levels, up to 100 times those considered safe.

Which, except for their characterization of the amounts as “astonishing”, I knew. But further in it said something I didn’t know:

The research, published in the journal Environment International, assessed measurements of nine chemicals, including bisphenol, phthalates and paracetamol (known in some countries as acetaminophen), in urine samples.

Tylenol is an endocrine disruptor?

Paracetamol has been shown to cause a decline in sperm quality in laboratory animals and increase risk of non-descending testes in boys born to mothers using the painkiller during pregnancy. In 2021, a review backed by 90 scientists said: “We recommend that pregnant women should be cautioned at the beginning of pregnancy to forgo [paracetamol] unless its use is medically indicated.

That can increase risk of ADHD and autism?

In recent years, researchers have started looking at acetaminophen’s endocrine-disrupting effects and potential links to neurodevelopmental disorders, like autism and ADHD. A 2020 birth cohort study found that babies with the highest levels of acetaminophen in umbilical cords had a twofold higher chance of having ADHD, and up to a threefold higher chance of having autism.

The drug has also been linked to language development delays in young girls.

What other effects is it having? Wow…

“We have to remember that these drugs are available everywhere, cheaply in huge bottles, and people take a lot of them,” said Shanna Swan, a professor of environmental medicine at Mount Sinai and co-author of the consensus statement, during a press briefing. “So, I think many people take these drugs without serious thought and without considering that they’re taking a medication which has side effects.”

If Tylenol/acetaminophen is everywhere, cheap, and people take a lot of them then … they’re in the water. What a mess. 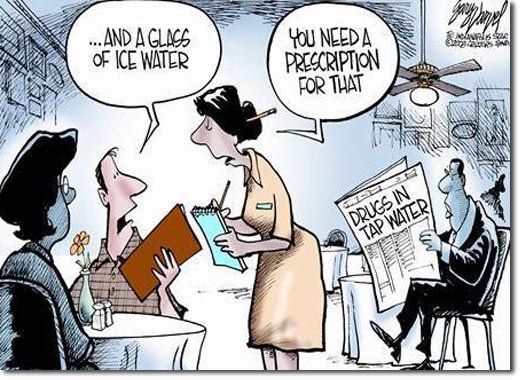