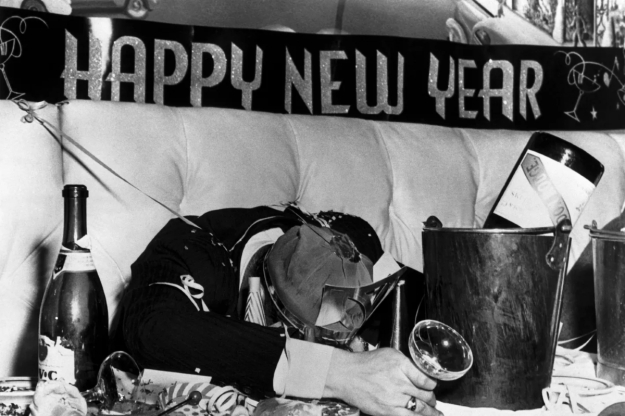 Tomorrow is New Years Eve. I think I’ll post about alcohol with the risk of being cancelled. Oh well.

All alcoholic drinks contain ethanol. Ethanol is toxic to the body, so the liver works very hard and very quickly to metabolize it or break it down. One chemical that is produced during breakdown is acetaldehyde:

Alcohol dehydrogenase (ADH} metabolizes alcohol to acetaldehyde, a highly toxic substance and known carcinogen.
…
Although acetaldehyde is short lived, usually existing in the body only for a brief time before it is further broken down into acetate, it has the potential to cause significant damage. This is particularly evident in the liver, where the bulk of alcohol metabolism takes place (4). Some alcohol metabolism also occurs in other tissues, including the pancreas (3) and the brain, causing damage to cells and tissues (1). Additionally, small amounts of alcohol are metabolized to acetaldehyde in the gastrointestinal tract, exposing these tissues to acetaldehyde’s damaging effects (5).

In addition to its toxic effects, some researchers believe that acetaldehyde may be responsible for some of the behavioral and physiological effects previously attributed to alcohol (6). For example, when acetaldehyde is administered to lab animals, it leads to incoordination, memory impairment, and sleepiness, effects often associated with alcohol (7).

Acetaldehyde isn’t the only carcinogen:

Acetaldehyde is not the only carcinogenic byproduct of alcohol metabolism. When alcohol is metabolized by CYP2E1, highly reactive, oxygen-containing molecules—or reactive oxygen species (ROS)—are produced. ROS can damage proteins and DNA or interact with other substances to create carcinogenic compounds (22).

Small amounts of alcohol also are removed by interacting with fatty acids to form compounds called fatty acid ethyl esters (FAEEs). These compounds have been shown to contribute to damage to the liver and pancreas (3).

It’s not the occasional drink, it’s the consistent, chronic, flood of ethanol that causes problems – like breast cancer and stomach cancer and fatty liver and dementia. Really, it’s the people who promote alcohol use who should be cancelled. But we’re living in a Bizarro World right now.

Thanks to Virginia for the impetus for this post. However, I take full responsibility.