While looking around for photos for my last post I came across this:
How Grocery Stores Have Changed Over the Years, Good Housekeeping, November 2020

It’s a gallery of 42 images of how grocery shopping used to be. I couldn’t resist commenting on a few of these.

With the advent of personal shoppers, pick-up, and delivery during the covid lockdowns, we have come full circle! Except now we pay for it.

Everything had a sticker. Unless it fell off. Then, chaos! 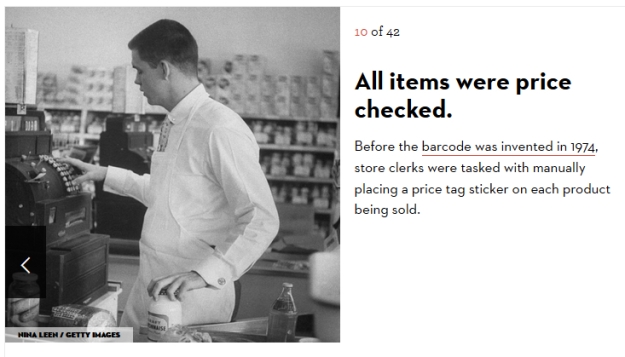 Dried fruit was raisins. They were sold either with produce or in the baking aisle. During the Holidays they stocked the fancy golden ones too.

The beginning of food deserts. 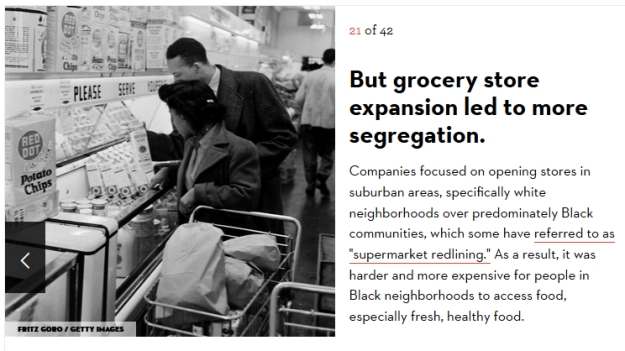 Everything was in a can! Canned creamed corn. Canned peas. Canned fruit cocktail. Canned juice. (We didn’t grow up drinking soda, only in restaurants.) Canned ham. Canned fish (tuna, sardines). Every single canned soup Campbell’s made. If you put it in a can, my mother bought it. Frozen wasn’t a thing until later.

This was a big one. Stores were closed on Sundays for religious services and a day of rest. The Blue Laws. Where I lived in PA stores began opening for a few hours on Sunday starting in the late 1970s. Going out on Sundays though was still frowned upon. (Saturdays at the grocery store was a nightmare.) 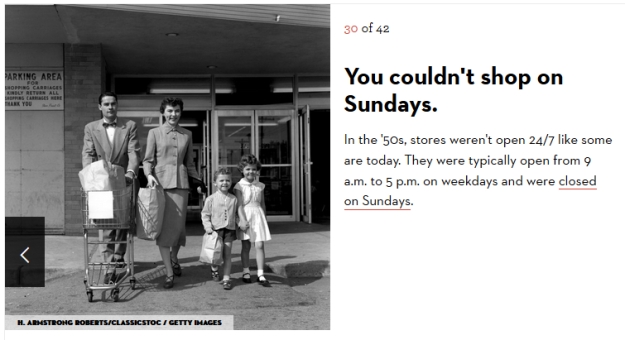 My mother never had a driving license. Not unusual. And most places were closed by the time my father came home from work. So, there were milk and bread and ice deliveries during the day. I remember the Bond Bread truck and the Stroehman truck and begging my mother for donuts. 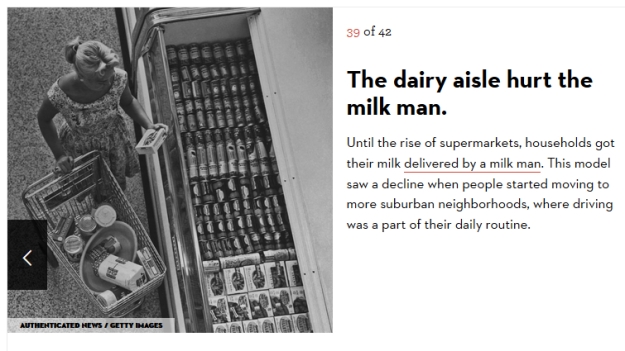 Now that was a walk down memory lane.

2 thoughts on “Grocery Stores Have Changed. A Photo Essay.”