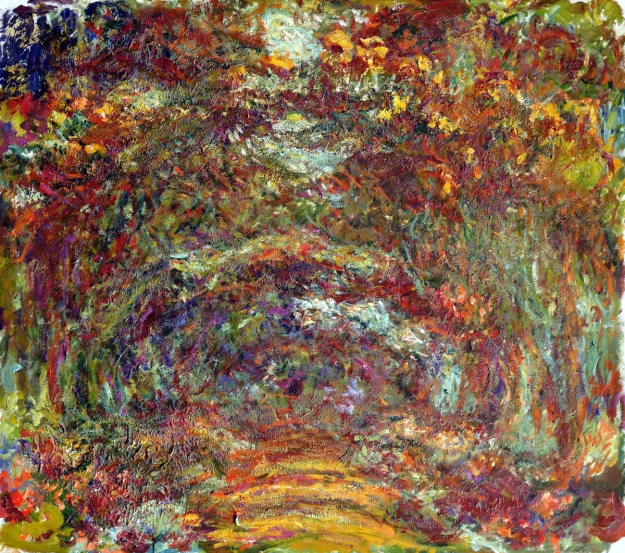 Oscar-Claude Monet was a French painter, a founder of French Impressionist painting. The term “Impressionism” is derived from the title of his painting Impression, soleil levant (Impression, Sunrise), which was exhibited in 1874.

The Rose Walk is one of his later paintings (1920-1922). He was suffering failing eyesight at the time, cataracts. They became so bad that shortly after he painted this he underwent operations for them. “The paintings done while the cataracts affected his vision have a general reddish tone, which is characteristic of the vision of cataract victims.”