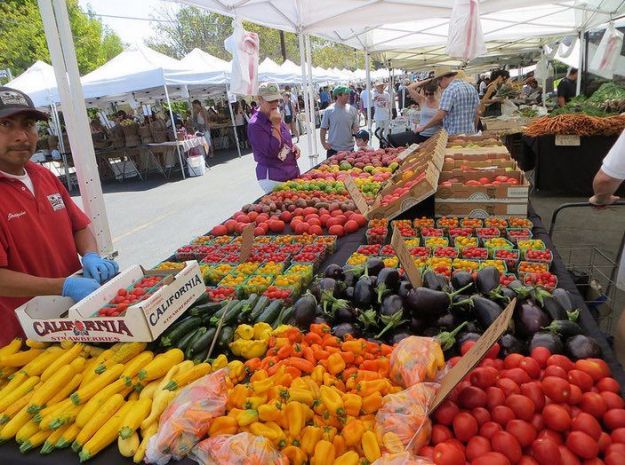 California, where cool coastal fog is perfect for growing standard broccoli, currently produces more than 90 percent of the broccoli grown in the United States. If California were to disappear, what would the American diet be like?

Expensive and grainy. California produces a sizable majority of many American fruits, vegetables, and nuts: 99 percent of artichokes, 99 percent of walnuts, 97 percent of kiwis, 97 percent of plums, 95 percent of celery, 95 percent of garlic, 89 percent of cauliflower, 71 percent of spinach, and 69 percent of carrots (and the list goes on and on). Some of this is due to climate and soil. No other state, or even a combination of states, can match California’s output per acre. Lemon yields in California, for example, are more than 50 percent higher than in Arizona. California spinach yield per acre is 60 percent higher than the national average. Without California, supply of all these products in the United States and abroad would dip, and in the first few years, a few might be nearly impossible to find. Orchard-based products in particular, such as nuts and some fruits, would take many years to spring back.

Price surges would eventually become the larger issue. Rising prices would force Americans to consume more grains, which are locked in a complicated price-dependent relationship with fresh fruits, vegetables, and meats. When the price of produce increases, people eat more grain. When the price of grain drops, people eat more fruits and vegetables. (In fact, in some parts of the world, wheat and rice are the only proven “Giffen goods”—a product in which decreasing prices lead to decreasing demand.) Young people and the poor in America, more than others, eat less fresh food when prices rise.

The loss of California’s output would create a dire situation for at least a decade. History suggests, however, that we’d eventually find a way to cope. A state’s agricultural makeup can evolve surprisingly quickly—California’s certainly did.

This is an interesting thought exercise. I can imagine some of this will come to pass – price increases and shortages – given California’s record high temeratures and wildfires this year, both of which are predicted to get worse in coming years.

2 thoughts on “Without California, What Would The American Diet Be Like?”