I have another group of healthy low-fat, plant eaters to add to my list, which currently consists of:

They are the Tsimane, an indigenous hunter-gatherer-farmer society from Bolivia.
According to The Lancet:
Coronary Atherosclerosis In Indigenous South American Tsimane: A Cross-sectional Cohort Study, The Lancet, April 2017

The Tsimane, a forager-horticulturalist population (hunting, gathering, fishing, and farming) of the Bolivian Amazon with few coronary artery disease risk factors, have the lowest reported levels of coronary artery disease of any population recorded to date. These findings suggest that coronary atherosclerosis can be avoided in most people by achieving a lifetime with very low LDL, low blood pressure, low glucose, normal body-mass index, no smoking, and plenty of physical activity.

As far as diet goes, my expectation was that theirs would be a sort of “paleo” diet, with up to 65% of their calories from animal meat. Instead, I found nearly the opposite: The Tsimane get most of their calories from carbs. Foods such as plantains, cassava, rice and corn make up nearly 70% of their diet. This type of diet is born out of necessity in the Amazon, because farmed food is more certain, especially during a poor hunting season.

All-natural carbs are the mainstay of the healthy-hearted Tsimane, along with around 15% fat and 15% protein. Additionally, the diet provides twice as much fiber as the standard American diet

The social fabric of the Tsimane was strong, with lots of laughing, chatting and sharing. There is no doubt this socialization, and lack of loneliness, is also protective against heart disease, as we have seen in countless studies around the world, including the famous Roseto study in the United States.

Up until the day they die [usually of trauma, animal attacks, infections, and childbirth], the Tsimane are often very healthy.

At the age of 45, almost no Tsimane had CAC [coronary artery calcium] in their arteries while 25% of Americans do. … By the time they reach age 75, two-thirds of Tsimane are CAC-free compared with the overwhelming majority of Americans (80%) having signs of CAC. 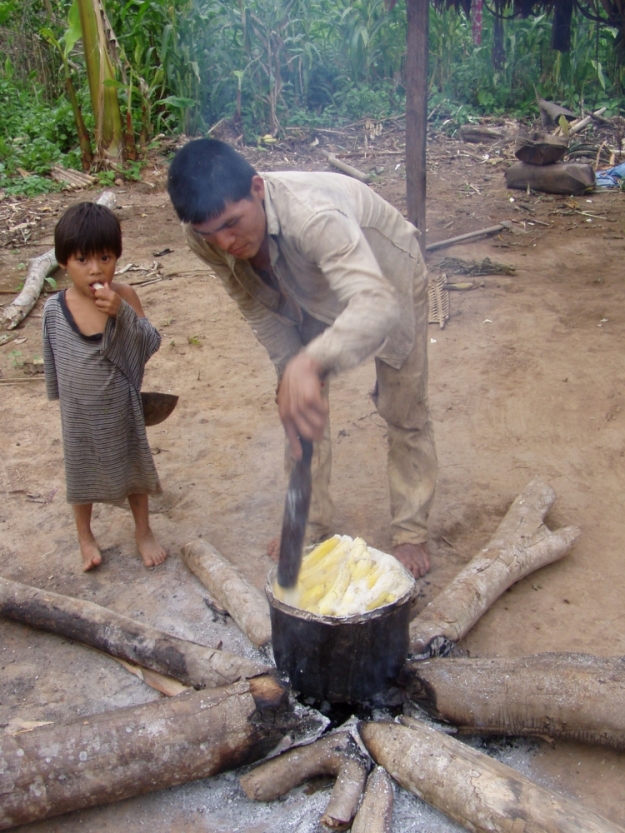 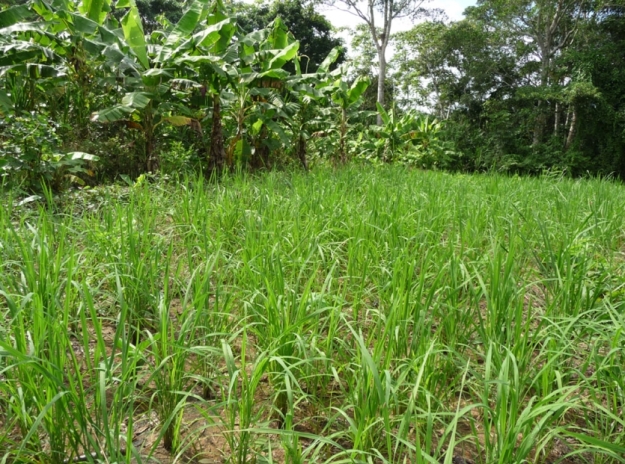 Tsimane digging up tubers. From CNN