This photo was taken around noon, in Donora, PA, in 1948. The air was so thick with smog that the streetlights came on during the day.

The 1948 Donora smog was a historic air inversion that resulted in a wall of smog that killed 20 people and caused respiratory problems for 6,000 people of the 14,000 population of Donora, Pennsylvania, a mill town on the Monongahela River 24 miles southeast of Pittsburgh.

Sixty years later, the incident was described by The New York Times as “one of the worst air pollution disasters in the nation’s history”. Even 10 years after the incident, mortality rates in Donora were significantly higher than those in other communities nearby.

The Clean Air Act was born:

The Donora Smog was one of the incidents where Americans recognized that exposure to large amounts of pollution in a short period of time can result in injuries and fatalities. The event is often credited for helping to trigger the clean-air movement in the United States, whose crowning achievement was the Clean Air Act of 1970, which required the United States Environmental Protection Agency to develop and enforce regulations to protect the general public from exposure to hazardous airborne contaminants.

Wheeler made it clear he would press ahead in dismantling the two safeguards that lower major sources of US climate change pollution: the Clean Power Plan, which cuts carbon pollution from coal-fired power plants, and the clean car standards, which have already been saving consumers money at the pump. As an additional gift to the oil industry, the EPA is proposing the rollback of safeguards that limit the release of methane pollution, leaving communities near oil and gas facilities at even greater risk of developing serious health issues.
…
Wheeler has a long track record that shows he does not follow science and is not advancing the EPA’s core mission to protect public health and the environment.

Andrew Wheeler, a former fossil fuel industry lobbyist whom President Trump nominated earlier this month to lead the Environmental Protection Agency, told a key Senate panel Wednesday that he would continue the administration’s aggressive reversal of environmental rules.
…
Wheeler highlighted nearly three dozen significant rules that the EPA had rolled back during the past two years in his prepared testimony.
…
Environmental advocates have argued that he has too many conflicts of interest to serve in the agency’s top role and that the policies he aims to pursue threaten the public health and the safety of ordinary Americans.
…
“The fox in the hen house analogies are endless here, but so is Wheeler’s ability to roll back vital safeguards to our air, water, and climate and put our environment and health at risk should he remain in the top spot at the EPA,” Matthew Gravatt, associate legislative director for the Sierra Club, wrote ahead of Wednesday’s confirmation hearing. “Wheeler isn’t just friendly with corporate polluters; he’s been on their team for years.”

I and the people I love have been exposed to some of the dirtiest air in the country.
Philadelphia’s Air Among Smoggiest In Northeast US, Says Study, Penn Environment, April 2017 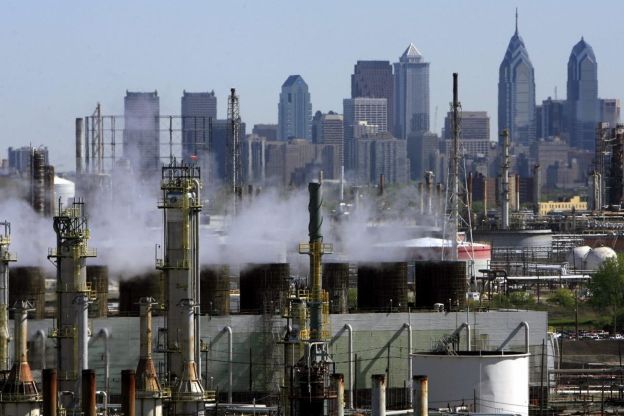 Trump’s rollback of environmental programs such as Obama’s Clean Power Plan will make our air dirtier. Who benefits from this?

Yesterday I said that good health was an equation, that diet was only one variable. The cleanliness of our air and water are other variables.