A High-Carb Diet May Explain Why Okinawans Live So Long, BBC Future, 18 January 2019

Ultimately, the Okinawans’ health is probably due to a lucky confluence of many factors, Ryan says. “And specific interactions among these factors will also be important.”

Diet is really important. But good health is an equation. It has lots of variables.

Whether you agree or not, at least you could say that the diet they ate – which was (for older Okinawans) high in carbohydrates and low in fat and protein – did not impede their long life.

What is regrettable about this story is this banner photo which I’m assuming they’re using to depict carbs: 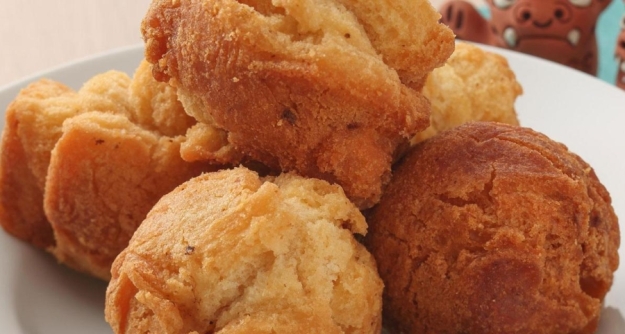 High-fat, highly-sweetened muffins are not the carbohydrates Okinawans ate. They aren’t the kind of carbs anyone should eat regularly. The photo further down was better: 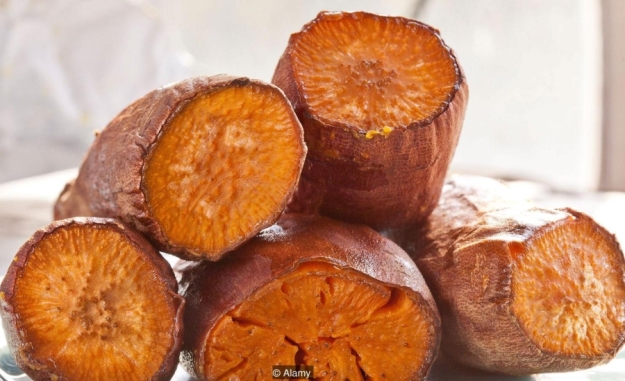 Sweet potatoes made up the bulk of their calories. Here’s a post from 2010: Traditional Okinawan Diet: Sweet Potatoes.

Almost 70% of the calories in the traditional Okinawan diet came from sweet potatoes. That according to an extensive investigation of six decades of archived population data published in 2007. And that wasn’t the only carbohydrate they ate. Rice and beans also played prominent roles at mealtimes. 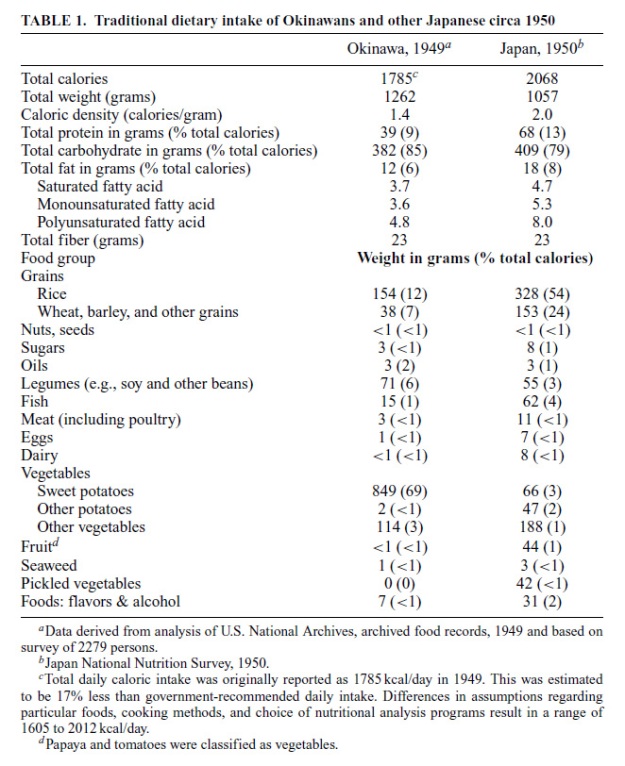