It’s cold season up here in Pennsylvania and I was thinking … Can an herb help? Maybe a little?

I respect the Cochrane Group. They aren’t in it to make money. They are thorough. Here’s what they say about Echinacea:

They only looked at randomized controlled trials that compared Echinacea with placebo (24 double-blind trials with 4631 participants). They considered bias.

The most important recommendation for consumers and clinicians is to be aware that the available Echinacea products differ greatly. The overwhelming majority of these products have not been tested in clinical trials. It has been shown that labeling of products marketed in health food stores can be incorrect. Our exploratory meta-analyses suggest that at least some Echinacea preparations may reduce the relative risk of catching a cold by 10% to 20%. A risk reduction of 15% would mean that if 500 out of 1000 persons receiving a placebo would catch a cold this figure would be 425 of 1000 persons with an Echinacea product. This is clearly a small effect of unclear clinical relevance. 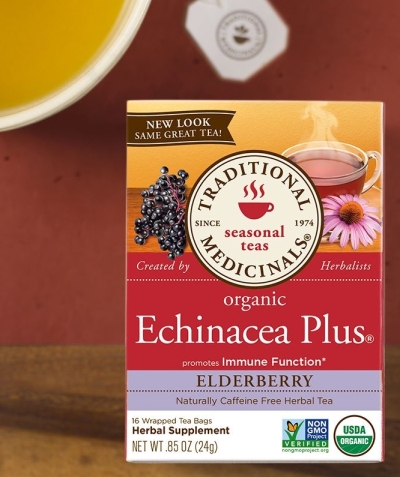 I saw this on sale, bought it, tried it. I have to tell you, it’s awful. I mean, I was willing, but it’s awful. So I looked it up (above) and found that it’s probably no better than placebo. Now I have 14 Echinacea tea bags that I don’t know what to do with. (Have you tried it? Do you like it?)

4 thoughts on “Echinacea For Preventing Or Treating The Common Cold? The Evidence Is Weak.”