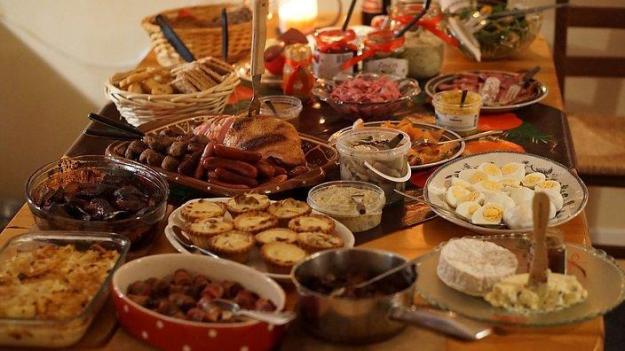 Just one high-fat meal, even in healthy people, can cause insulin resistance, inhibiting blood sugar uptake after just 160 minutes.

This is one of the best descriptions of the disease of type 2 diabetes I’ve read, notwithstanding it applies to youth:

Glucose homeostasis is maintained by a balance between insulin secretion from the pancreatic β-cells and sensitivity to insulin in skeletal muscle, adipose tissue, and liver (1). When insulin sensitivity declines, insulin secretion must increase to maintain glucose tolerance, and, in most youth, decreased insulin sensitivity due to puberty and/or obesity is compensated by increased insulin secretion. However, when β-cells cannot secrete sufficient insulin to compensate for insulin resistance, abnormalities in glucose homeostasis ensue, potentially progressing to prediabetes and type 2 diabetes as β-cell function deteriorates further (2–9). The relationship between β-cell function and insulin sensitivity in adults and youth has been demonstrated to be a hyperbolic function and can be described mathematically as the product of insulin sensitivity and β-cell function, called the disposition index (DI) (1). The DI essentially expresses the amount of insulin being secreted relative to the degree of insulin resistance and is a constant for a given degree of glucose tolerance in any one individual.
– Evaluation and Management of Youth-Onset Type 2 Diabetes: A Position Statement by the American Diabetes Association, Diabetes Care, December 2018

There are two things going on here: 1. insulin resistance, 2. insufficient insulin from the pancreas. Two things. If you are going to “reverse” or “cure” diabetes, you have to cure those two things. Otherwise, you’re just managing it. Not that there’s anything wrong with management.

I like this because it places insulin resistance in a prominent position in the development of type 2 diabetes. People think eating low-carb “reverses” diabetes. It doesn’t. People who eat low-carb or keto can still have high blood glucose (especially their morning fasting test) even though they aren’t eating glucose because the liver secretes glucose into the bloodstream to provide fuel for the brain. If muscle cells are insulin resistant, that liver-secreted glucose can’t enter and builds up in the blood.

If your muscle cells are NOT insulin resistant, that is, are insulin sensitive, you can eat a large amount of carbohydrate and your blood glucose will remain in a normal range.

Even people with type 1 diabetes (beta cells in pancreas don’t produce enough insulin, thought to be autoimmune disease) can develop type 2 diabetes on top of it if their cells become insulin resistant.

What causes insulin resistance? Many things. But a primary contributor is a high-fat diet.

Fat is the Cause of Type 2 Diabetes, Nutrition Facts, Dr. Michael Greger, November 2016

Studies dating back nearly a century noted a striking finding: If you take young, healthy people and split them up into two groups — half on a fat-rich diet and half on a carbohydrate-rich diet — we find that within just two days, glucose intolerance skyrockets in the fat group. The group that had been shoveling fat in ended up with twice the blood sugar.

What if there was no insulin? Blood sugar would be stuck in the bloodstream banging on the door to our muscles, unable to get inside. With nowhere to go, sugar levels in the blood would rise and rise. That’s what happens in type 1 diabetes: the cells in the pancreas that make insulin get destroyed, and without insulin, sugar in the blood can’t get out of the blood into the muscles, and so blood sugar rises. But there’s a second way we could end up with high blood sugar.

What if there’s enough insulin, but the insulin doesn’t work? The key is there, but something’s gummed up the lock. This is insulin resistance. Our muscle cells become resistant to the effect of insulin. What’s gumming up the locks on our muscle cells? What’s preventing insulin from letting glucose in? Tiny droplets of fat inside our muscle cells, so-called intramyocellular lipid.

Fat in the bloodstream can build up inside the muscle cells, creating toxic fatty breakdown products and free radicals that block the insulin signaling process. No matter how much insulin we have in our blood, it’s not able to sufficiently open the glucose gates, and blood sugar levels build up in the blood. And this can happen within three hours. One hit of fat can start causing insulin resistance, inhibiting blood sugar uptake after just 160 minutes.

This mechanism by which fat induces insulin resistance wasn’t known until fancy MRI techniques were developed to see what was happening inside people’s muscles as fat was infused into their bloodstream. That’s how we found that elevation of fat levels in the blood causes insulin resistance by inhibition of glucose transport into the muscles.

We can also do the opposite experiment. Lower the level of fat in people’s blood and the insulin resistance comes right down. If we clear the fat out of the blood, we also clear the sugar out. That explains the finding that on the high fat, ketogenic diet, insulin doesn’t work very well. Our bodies become insulin resistant. But as the amount of fat in our diet gets lower and lower, insulin works better and better—a clear demonstration that the sugar tolerance of even healthy individuals can be impaired by administering a low-carb, high-fat diet. We can decrease insulin resistance, however, by decreasing fat intake.

Healthy people. No diabetes. High blood glucose after a high-fat meal. Did you see that? One reason people get groggy after their high-fat Thanksgiving or Christmas feast is because their glucose, their energy, is stuck in their bloodstream. Sugar in the bloodstream isn’t good. Eyes, kidneys, lots of organs are negatively affected by it.

Saturated fat is the worst:

How to Treat the Root Cause of Diabetes, Nutrition Facts, Dr. Michael Greger, July 2017

“[I]ncreased consumption of [saturated fats] has a powerful short- and long-term effect on insulin action,” contributing to the dysfunction and death of pancreatic beta cells in diabetes.

Remember those two things from above? (1. insulin resistance, 2. insufficient insulin from the pancreas) Well, insulin resistance is far more conducive to being reversed than loss of insulin-producing beta cells. All these people eating a high-fat diet may be doing irreparable harm to their pancreas.

If you see your blood glucose going up, don’t blame the carbs, blame the fat, especially saturated fat.

* This is a great video by Dr. Greger on how fat in the diet causes high blood glucose.