This is a Common Pipistrelle Bat. Click it to make it bigger. 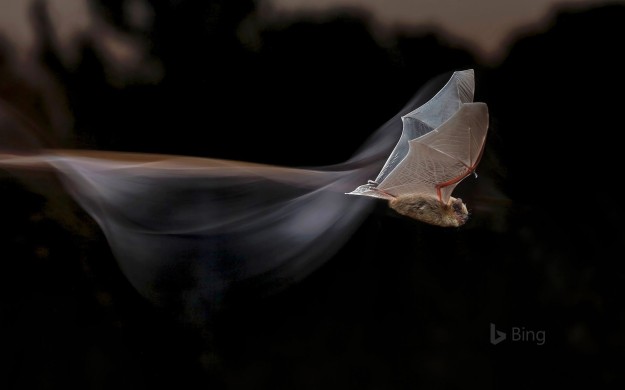 See that tiny appendage jutting off the leading edge of its wing? It’s a thumb, and it’s functional.

[A bat’s wing] is very much like a human arm and hand, except it has a thin membrane of skin (called the patagium) extending between the “hand” and the body, and between each finger bone. Bats can move the wing like a hand, essentially “swimming” through the air. The “thumb” extends out of the wing as a small claw, which bats use to climb up trees and other structures. 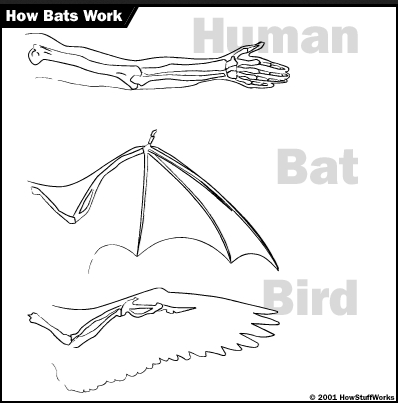 The rigid bird wing is more efficient at providing lift, but the flexible bat wing allows for greater maneuverability. Bats can position their wings into different shapes, changing the degree and direction of lift very quickly. This lets them weave and dive in the air like no other animal, giving them a distinct advantage in hunting prey.

I do not appreciate the bat as much as I should.