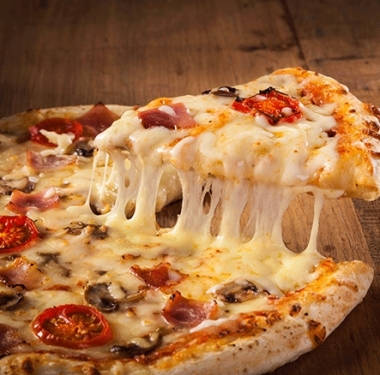 Dietary fat, especially saturated fat found in foods such as cheese, butter, and red meat, induce an immediate and prolonged immune response. Chronic, low-level systemic inflammation is at the root of metabolic diseases like diabetes and heart disease, and depression.

People are like, wait, what? Saturated fat causes inflammation? (Which I said on this post: The Link Between Inflammation And Depression.) It does. I learned about it several years ago, in relation to diabetes. You don’t have to have diabetes for dietary fat to cause inflammation, but if you do, it’s worse.

One way dietary fat contributes to inflammation is by increasing absorption of endotoxins, to which we launch an inflammatory response. Endotoxins are bits of bacterial membrane that are absorbed along with the fat we eat, especially saturated fat to which endotoxins have an affinity. They’re thought to derive from bacteria (dead or alive) introduced to the intestines from food, primarily meat, eggs, dairy, or fermented food, all of which carry relatively higher levels of microorganisms. The bacteria that colonize our colon are  too far along the digestive tract for absorption to take place in any significant quantity.

These studies have highlighted that exposure to a high-fat meal elevates circulating endotoxin irrespective of metabolic state, as early as 1 h after a meal [up to 4 hours after a meal]. However, this increase is substantial in IGT* and type 2 diabetic subjects, suggesting that metabolic endotoxinemia is exacerbated after high-fat intake.
…
Endotoxin, which is considered a potential mediator of chronic low-grade inflammation, is considerably higher in the state of type 2 diabetes.
…
A person eating three high-SFA [saturated fat] meals each day may encounter endotoxin levels that remain perpetually high.
…
While the most obvious solution to metabolic endotoxinemia appears to be to reduce saturated fat intake, the Western diet is not conducive to this mode of action, and it is difficult for patients to comply with this request.

People with diabetes typically have a constant low-grade inflammation and this study was trying to figure out why.

Here’s another study that links dietary fat, specifically saturated fat, to inflammation, and it has nothing to do with endotoxins:

The identification of innate immune receptors- toll-like receptors (TLRs) — on human and murine adipocytes — and their activation by bacterial and fungal pathogens supports the theory that adipocytes have an innate immune capacity.
…
Studies have also observed that free fatty acids have the potential to activate the innate immune signalling pathways, indicating a causative role for both glucose and saturated fatty acids (SFAs) in the pathogenesis of T2DM [type 2 diabetes], via the initiation of these inflammatory processes [9–11].

They found that fat in the diet was worse than glucose:

“[Our] data highlights the potential risk of a continued high fat diet on inducing an inflammatory response, as it appears to be more pronounced than the glucose induced response. This would also appear to align with clinical studies that suggest hyperlipidaemia may impact more significantly over time than hyperglycaemia in the pathogenesis of metabolic disease [e.g. diabetes].
…
This study implicates elevated SFAs [saturated fatty acids] as a key instigator of the inflammatory response in both adipose tissue and adipocytes”

Saturated fat, found mostly in animal food, is the most problematic type of fat.

These studies have been out for years and I’ve posted them. But for some reason, “butter is back.” I’m afraid the social psyche has been irreparably damaged.