I’ve been talking about sarcopenia, also known as age-related muscle loss. Sarcopenia brings to mind a shrinking frame. But that’s not always the case. Sometimes, in the case of sarcopenic obesity, body size and even weight can stay constant (so BMI is a poor indicator). They can even go up (or, of course, down). What’s happening is a trade-off, muscle-for-fat:

With sacopenic obesity, it may appear that muscle loss is not present or is not progressing. It can be “invisible” thus fail to be a cue for you to act. And not acting is dangerous because:

It’s not only older people who are affected. Muscle loss can begin by age 30.

There are significant differences among individuals in peak muscle mass, the age at which muscle loss begins, and the amount of muscle that is lost over time

A vicious cycle may exist between the accumulation of ectopic fat and the loss of skeletal muscle mass since they have a reciprocal influence on each other. 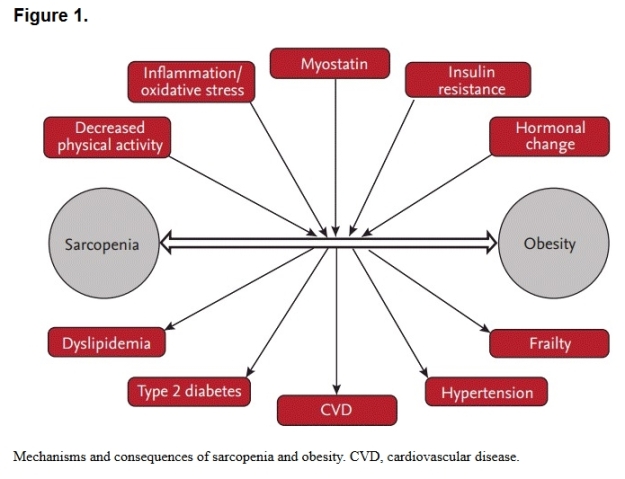 Probably everyone will experience some degree of sarcopenia or sarcopenic obeisty in their lifetime. It can begin as early as age 30 and progress. I’ve been outlining actions you can take to reduce it, such as:

2 thoughts on “The Invisibility Of Sarcopenic Obesity (Skinny Fat)”