A dollar doesn’t buy as much if you are poor:

The Privilege of Buying 36 Rolls of Toilet Paper at Once, The Atlantic, 12 May 2016
Many low-income shoppers, a study finds, miss out on the savings that come with making purchases in bulk.

The article mentions a book that sounds a lot like the book I often talk about here, How The Other Half Ate, by Katherine Turner.

“One of the great ironies in modern America,” writes Mehrsa Baradaran in her 2015 book How the Other Half Banks, “is that the less money you have, the more you pay to use it.” … Her point — that when people don’t have much, a single dollar in some ways doesn’t go as far as it otherwise would — extends to several other parts of Americans’ financial lives, including how they shop.

Turner and Baradaran say the same thing: when you don’t have a lot of money, it’s more difficult to take advantage of things like buying in bulk or on sale.

The Atlantic article is based on this study: Frugality Is Hard To Afford. The full paper is free. Here’s the abstract:

Households commonly utilize strategies that provide long-term savings for everyday purchases in exchange for an increase in their short-term expenditures. They buy larger packages of non-perishable goods to take advantage of bulk discounts, and accelerate their purchases to take advantage of temporary discounts. We document that low income households are less likely to utilize these strategies even though they have greater incentives to do so. Moreover, results suggest a compounding effect: the inability to buy in bulk inhibits the ability to time purchases to take advantage of sales, and the inability to accelerate purchase timing to buy on sale inhibits the ability to buy in bulk. We find that the financial losses low income households incur due to underutilization of these strategies can be as large as half of the savings they accrue by purchasing cheaper brands. We provide causal evidence that liquidity constraints inhibit the use of these money-saving strategies.

There are more forces working against low-income workers besides the inability to stock up. I just talked about this on my last post, The External Costs Of Whole Food Plant-Based Diets. One is increased travel time:

High-income households were also more likely to buy more rolls of toilet paper at a time, which meant not only that they were saving money on each roll, but that they didn’t have to make as many trips to the store.

Travel costs. Not just in gasoline or transportation fares but in time you could have spent doing something else, like cleaning the bathroom (higher earners purchase cleaning services allowing them to travel more), or making more money (e.g. going to school or working more hours).

On top of that, Orhun and Palazzolo’s data suggests that poorer and richer consumers aren’t just buying products in different quantities — they’re sometimes doing so at different stores entirely. At corner stores, the price per sheet of toilet paper (or paper towel, or tissue, and so on) is much higher than at warehouse stores such as Costco and Sam’s Club — stores where the average customer tends to be somewhat well-off. 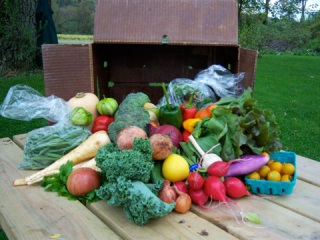 Using the argument in the study in regards to food, for example, belonging to a CSA (Community Supported Agriculture) would be a mark of privilege. It requires a local farm, an initial outlay of funds, at a specific time, special trips to pick up the produce (so, a car and the ability to drive, public transportation being more difficult), a bulk investment of time, knowledge, and labor in cleaning and processing the food, extra storage (refrigerated storage is more expensive), and the financial buffer to absorb the cost of poor crop yields or food waste since produce is perishable.