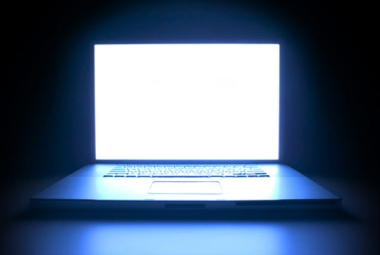 When I was growing up, people weighed less than they do today. Children weighed less. Teeneagers and adults weighed less. Why? It’s not a question that’s easy to answer. I think that’s because there are many variables. You can’t say, simply, that we weigh more because we eat more (we don’t), or exercise less (we exercise more). Part of the weight equation includes a variable for chemicals in the environment, chemicals that act as endocrine disruptors, chemicals that our parents and grandparents weren’t exposed to at the levels we are.

As I’m coming to see, there is also a variable for light. Here is just the latest study I’m reading which supports that:

The current ubiquitous social, industrial, and culturally driven manipulation of our environmental light may impact on body mass through three very broad mechanisms that warrant exploration:

Firstly, increased light duration may provide insufficient dark, and insufficient metabolic ‘down time’, for normal recuperative processes to occur. Indeed, depending on geographical location, skyglow and other artificial light at night sources are increasing at rates of up to 20% per year [50]. Children are increasingly exposed to broader spectral signatures and more diverse intensity profiles of light [51].

Secondly, chronically increased daily light duration may provide a biological signal analogous to endless summer days, with the potential to amplify any seasonally-driven metabolic processes, such as body mass acquisition.

[Thirdly], a child’s initial light state may promote some mediating phenomena such as problematic behavior, physiological or metabolic changes, which in turn, promote changes in BMI. One example of light states interacting with physiological behavior is in the case of sleep. Multiple studies document an association between short sleep duration and variability in sleep timing with increased body mass in pediatric populations.

This particular study didn’t look at wavelengths of light. But other studies have shown that short wavelength light (blue range) is excitatory while long wavelength light (red range) is calming. Computers, smart phones, tablets, televisions all give off high intensity blue-range light. They can depress the release of melatonin at night causing us to sleep for less time and not as deeply. Blue light has also been shown to impact release of other hormones, such as insulin.

I like this … “We live in a society of relatively dim days and bright nights.” We do. Dim because we’re inside during the day, and bright nights because of our devices. The authors suggest an answer: “clinical prescription of ‘dark time’.” That would entail instituting a state of shorter, brighter days and longer dark nights.

Can we turn off our devices when the sun goes down?

Science Daily covered it:
Light Exposure And Kids’ Weight: Is There A Link?, Science Daily, 7 January 2016