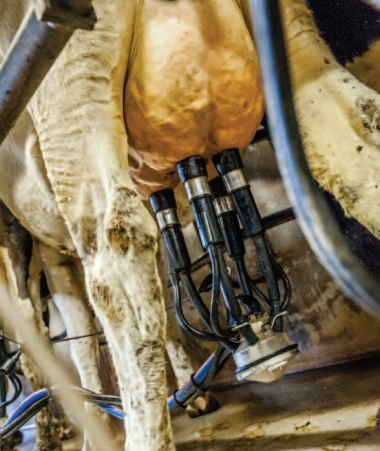 I’ll bet that in 50 years no one will be consuming fluid from a cow’s udder.

An increasing amount of scientific evidence now shows that cow’s milk is not the wonder food the dairy industry would have us believe. … The aim of this report is to redress the balance by presenting and reviewing the research on the health effects of cow’s milk and dairy products.
…
This report combines the findings of over 400 scientific papers from reputable peer-reviewed journals such as the British Medical Journal and the Lancet. The research is clear – the consumption of cow’s milk and dairy products is linked to the development of teenage acne, allergies, arthritis, some cancers, colic, constipation, coronary heart disease, Crohn’s disease, diabetes, dementia, ear infection, food poisoning, gallstones, kidney disease, migraine, autoimmune conditions, including multiple sclerosis, overweight, obesity and osteoporosis.

Dr. Butler makes a lot of claims, but she includes a lot of peer-reviewed evidence to back them up. I was interested in the cancer link. That was covered on pages 31-50. Some highlights:

There’s a lot here I didn’t know, like the high hormone content of today’s milk compared to milk from decades ago. Or that compounds in milk can drive up our own production of IGF-1.

There are any number of compounds in milk that could be responsible for its link to cancer, including but not limited to: its total fat and saturated fat, proteins and amino acids, IGF-1, estrogen, progesterone, androgen, and other hormones, its sugar lactose, its calcium. One they didn’t mention is environmental pollutants – pesticides and other fat-soluble chemicals that act as endocrine disruptors and that bioaccumulate in animal fat.

There really is a lot here. If you’re still eating dairy by the end of it, I’ll eat my hat.