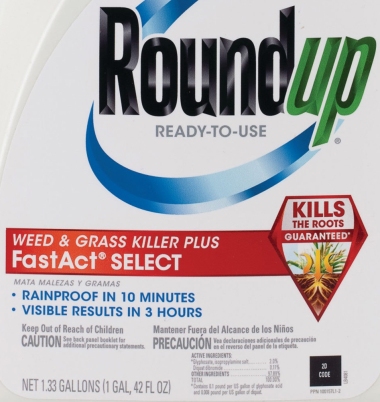 Recall that USDA report on organic crop production, the one I just summarized, the one that says organic farmers may use manure from factory farms and synthetic pesticides, that one. It said this about the inert ingredients in pesticides that are applied to organic crops:

Pesticides contain an active ingredient, which is the material that kills the pest. Both pesticides and fertilizers also have inert ingredients, which make up the remainder of the product. Active ingredients are listed on the label, but inert ingredients typically are not listed. … Companies may choose not to reveal that information. Determining whether a commercial pesticide is allowed for organic production is a daunting task.

Why wouldn’t inert ingredients be listed? If they are inert, why would it matter?

It would matter if they could cause harm, in which case, they aren’t so inert:

Pesticides are used throughout the world as mixtures called formulations. They contain adjuvants, which are often kept confidential and are called inerts by the manufacturing companies, plus a declared active principle, which is usually tested alone.

We tested the toxicity of 9 pesticides, comparing active principles and their formulations, on three human cell lines.

Fungicides were the most toxic from concentrations 300–600 times lower than agricultural dilutions, followed by herbicides and then insecticides, with very similar profiles in all cell types. Despite its relatively benign reputation, Roundup was among the most toxic of the herbicides and insecticides tested. Most importantly, 8 formulations out of 9 were up to one thousand times more toxic than their active principles.

Our results challenge the relevance of the acceptable daily intake for pesticides because this norm is calculated from the toxicity of the active principle alone.

So, the active ingredient in Roundup (glyphosate), which is known to be toxic by itself, became significantly more toxic when an inert ingredient was added to it.* These researchers tested product concentrations 300-600 times lower than what’s sprayed on crops!

They also discuss a time-amplifying effect:

So, the longer we are exposed to a pesticide, the less we need to cause illness.

It’s pretty crazy to call these chemicals inert when they have been shown both to cause harm on their own, and to significantly amplify the toxicity of pesticides’ active ingredients. These authors think so too:

The definition of adjuvants as “inerts” is thus nonsense; pesticide adjuvants should be considered as toxic “active” compounds.

The EPA sets limits for the active ingredient, not the active-ingredient-plus-inert. Why on earth?

This inconsistency between scientific fact and industrial claim may be attributed to huge economic interests, which have been found to falsify health risk assessments and delay health policy decisions.

* Roundup was found in this experiment to be 125 times more toxic than glyphosate alone.