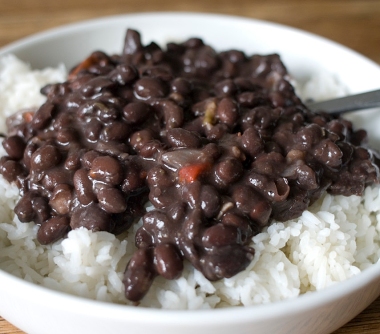 Eating carbohydrates does not raise the risk for diabetes or heart disease if it is done as part of a low-fat, whole food, plant-based diet.

A new study is leading people to think it does. But it doesn’t. Eating more carbohydrate does not raise the risk for disease if it is done within the context of a low-fat diet. This attention-grabbing study was small (16 people), short in duration (18 weeks), funded by the Dairy Institute, the Beef Institute, the Egg Nutrition Center, and the Atkins Foundation. It is not applicable to anyone who is not morbidly obese with metabolic syndrome, as describes its participants.

The author of the journal article in my previous post said that under conditions of excess energy (calories), especially excess dietary fat, glucose from carbohydrate we eat is progressively blocked from entering muscle and fat cells (in part by lower availability of the GLUT4 glucose transporter which I’ve discussed previously). These cells become resistant to insulin. The pancreas releases more insulin to counter the resistance. In relatively healthy people, this extra insulin will work; it will cause blood levels of glucose to fall back into a healthful range. After a while (of eating a high energy/high fat diet), the beta cells in the pancreas struggle to keep up. They release less insulin; blood glucose levels rise and stay elevated for longer periods.

Where does all this blood glucose go? It can’t stay in the blood. Some goes out in the urine. (Years ago, physicians checked for diabetes by tasting urine for sweetness). Since it can’t easily get into muscle cells where mitochondria reside, it has difficulty being oxidized for energy. But it also has difficulty getting into fat cells, so it isn’t easily used to make body fat, not directly. A lot of it goes back to the liver where it can be used to construct fatty acids, some of which stay in the liver (and contribute to NAFLD, which is non-alcoholic fatty liver disease, 20% of the population and rising), and some are released to the blood stream.

This implies that if you put someone on a low-fat diet, you can fix their insulin resistance, such that their blood glucose won’t go up when they eat glucose. Indeed, that is what happened in this study. See also: It’s The Fat In The Diet, Not The Carbohydrate, That Drives Diabetes.

This new study recruited 16 obese adults with metabolic syndrome, a condition that generates more fatty acids from dietary carbohydrates than it does in healthier people.

Effects of Step-Wise Increases in Dietary Carbohydrate on Circulating Saturated Fatty Acids and Palmitoleic Acid in Adults with Metabolic Syndrome, PLoS One, 21 November 2014

None of these diets changed levels of circulating saturated fat. “Plasma saturated fat remained relatively stable.” However, the more total fat and saturated fat participants ate, the higher their total cholesterol and LDL. The diets did change the type of fatty acid in circulating fat. As carbohydrate increased, palmitoleic acid increased. And, “Increases in palmitoleic acid indicate that more carbs are being converted to fat instead of being burned as fuel,” states senior author Jeff Volek.

The following was a red flag for me … The 16 individuals were put on a low-carb diet prior to the start of the study, “to initiate metabolic adaptations to carbohydrate restriction.” Those adaptations included increased fat burning and decreased glucose burning/oxidation. That could have favored their results:

Whole body fat oxidation increases markedly when dietary carbohydrate is restricted, and it is likely that SFA become preferred substrates for beta-oxidation in low-carbohydrate-adapted individuals.

It’s almost as if they set this study up to show that eating carb was bad for you (it gets converted to fat), and eating saturated fat was good (it gets burned for energy).  I mean, they chose metabolically impaired individuals who already have glucose intolerance, placed them on a low-carb diet prior to the study to prime them to burn fat, and then fed them high fat which would maintain their insulin resistance.

Maybe they were influenced by their sponsors, who would benefit from results that placed saturated fat consumption in a positive light:

Funding: This work was funded by a grant from Dairy Research Institute, The Beef Checkoff, the Egg Nutrition Center, and the Robert C. And Veronica Atkins Foundation.

“Beef, eggs, and dairy were used daily throughout all diet phases.”

5 thoughts on “Does Eating More Carbohydrate Raise The Risk For Diabetes And Heart Disease?”