Note that the study below, which is often cited to justify eating more saturated fat, but which has been taken to task, not least of which by the renowned Dr. Stamler, and in the very same issue where the study was published,1 was supported by the National Dairy Council, and by Unilever, which owns several ice cream companies, including Breyers, Ben and Jerry’s, Good Humor, and Klondike. (Under “Author’s Notes” item #4.) 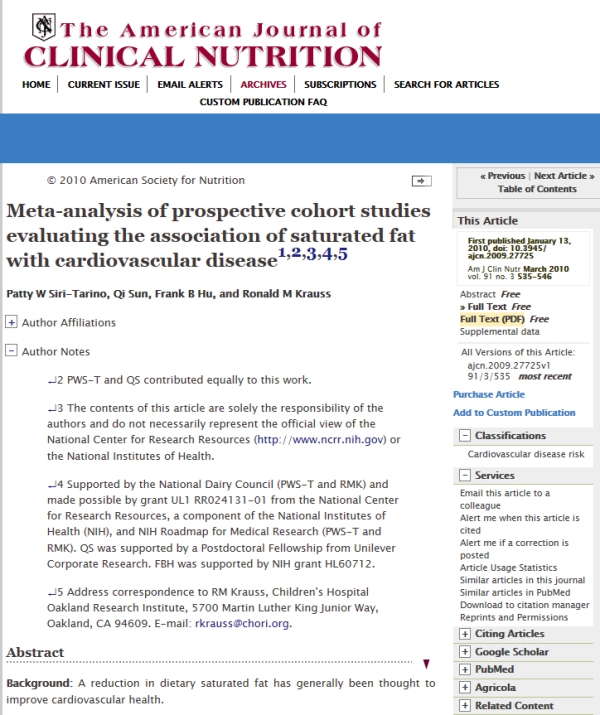 1 Diet-Heart: A Problematic Revisit, Jeremiah Stamler, American Journal of Clinical Nutrition, March 2010.
Stamler infers that the authors’ intent was not to clarify the association between fat and heart disease, but to inject doubt.