“As of Jan. 21, 2014, 67 percent of California was in extreme drought, the second worst category possible on the U.S. Drought Monitor. Folsom Lake [shown below] is just 17 percent capacity.”

Shasta Lake from Google Earth in 2012: 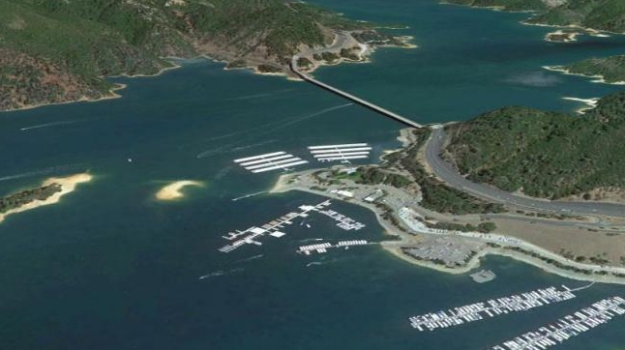 Shasta Lake now, at about 36% capacity: 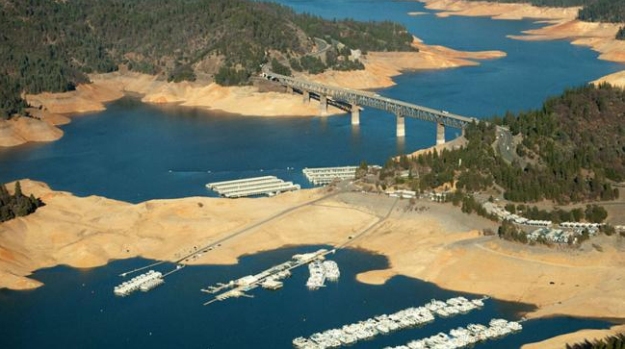 There are a few more at Weather Underground.

According to National Geographic, California is experiencing the worst drought since record-keeping began in the mid 19th century. That’s a problem for more than California. As “the salad bowl of the nation” it exports more produce than any other state, and:

“About 80 percent of California’s freshwater supply is used for agriculture. The cost of fruits and vegetables could soar.”